Crazy Sick Fuckers...REJOICE!
Your 13 years of wanting, waiting and wishing...have come to an end!

Brynn Arens, Chia Karaoke, Cherry Forever and Kilo Bale announced in late May of 2016 that they have reunited the original lineup of Minneapolis Glam Punks Flipp and are deep in preparation for their return to the live concert stage!

That first "Reunion" show has been announced:

Keep up to date with all the latest official Flipp news as it develops: Flipp - Facebook.

And you can also visit the new Rock Steady Records Facebook page for additional information on where to obtain back-catalog Flipp releases as well as some still-in-the-works Flipp audio and video projects rumored to be coming soon in both physical and digital formats.


06/20/16 Chia Karaoke interviewed on Another F'n Podcast with Izzy Presley.
Listen in the player above! 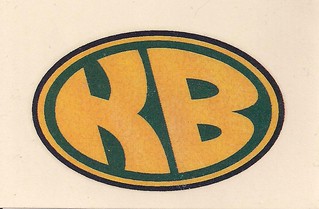 
06/28/16 Brynn Arens interviewed on Three Sides of The Coin.
Watch and listen in the player above!

*06/30/16
Minneapolis Star-Tribune.com
"Look Up! Flipp to play it's First Gig in 13 Years Friday at First Avenue"
by Chris Riemenschneider
Click HERE to read.

The show...? Amazing. There really is no other way to describe seeing the band on stage in front of a packed room and hearing these songs live at full volume again after 13 years. It was wonderful!

Oversized posters in locked display cases on the exterior walls of First Avenue.
I was really hoping to latch my hands onto one of these, but alas, I failed to secure one.

The crew from Rock Steady Records were on hand to help out with the merch booth and to debut their brand new limited edition "July 22 1995 Flipp Live at the 400 Bar" DVD.

Late-afternoon: Pre-counting and sorting t-shirts at the merch booth.

The first all new official Flipp merchandise in 13 years...ready and waiting for the fans.

And some vintage things for ONE lucky fan!

A few days before the show, the Flipp Facebook crew attended final pre-show rehearsal with the band. While there, bassist Cherry Forever was peer pressured into drawing a name from a box. The winner received a prize pack consisting of a 1998 Shakopee MN concert poster (artwork by Kii Arens), a logo sticker and a set of Flipp Series II trading cards. Retail value: A million billion dollars!! OK, not really. But...some cool stuff all the same! This was the official drawing of the winner...

And here he is upon his arrival - the winner of the Flipp "CSFFB Contest" - Mr. Blade Braxton.
A long time fan of the band, he drove all the way up from Kansas City, MO for the show and was thrilled to be the winner of some vintage Flipp schwagg. We were happy to meet him hand it over!

Despite the lack of evidence to prove it here, I was indeed able to join the pros down in the pit to shoot some photos and video for the band. You might see some of what I shot at some point, you might not. Anyway, in the photo below, we see the freshly band-aided head of one of the best live concert photographers in the business here, there, or anywhere -  Kyle Hansen of RKH Images. A few songs into the bands set, guitarist Chia Karaoke spotted him, stopped, peeled open one of his ultra-cool Sparkly Band-Aids, playfully reached down and slapped it on Kyle's head with a loud smack!. The results of Kyle's work that night are plentiful and all stunningly in their beauty - please click over to RKH Images HERE to view them all.

Another set of  beautiful live shots of the show along with some words of review come via the kind people over at Askew View Photo. You can check out their full show coverage and stunning photo galleries of all three bands by clicking HERE.

Setlist  - on stage (above)
Setlist - scan (below)

Rock Steady Records recording artist Clay Howard travelled from his home in North Carolina all the way to Minneapolis to attend the first Flipp reunion show and to meet up with his friend and musical collaborator Brynn Arens. As the band started in on the final song of the night, Brynn called Clay up to the stage to join them in a crazed, high energy blast through The Osmonds early 70's hit "Crazy Horses."

Posted by NYCDreamin at 7:42 PM No comments:

This seems to be a very rare variant pressing of the more commonly found CD linked below.
*See also:1995 93.7FM MN Modern Rock - The Pachyderm Sessions

Posted by NYCDreamin at 5:25 PM No comments:

(Images via: The Grant Lindberg Collection)

Posted by NYCDreamin at 9:14 PM No comments:

(Image via: The Grant Lindberg Collection)

The 05/18-19/02 Festival of the Heart and Soul page has just been updated with the recently discovered ad image seen above. For complete currently known information on this Flipp show - visit the event page HERE.

Posted by NYCDreamin at 9:02 PM No comments:

The 06/09/02 Urban Sprawl gig page has been updated with the cool recently unearthed ad you see above here. For much more on this show including more ads, setlists and exclusive photos, go to the show page HERE.

Posted by NYCDreamin at 5:09 AM No comments:


Posted by NYCDreamin at 4:52 AM No comments: 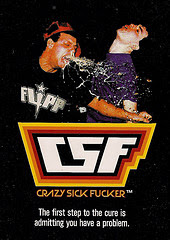